Aim for today was to set frill on to the bottom of the petticoat. It ended up looking like this: 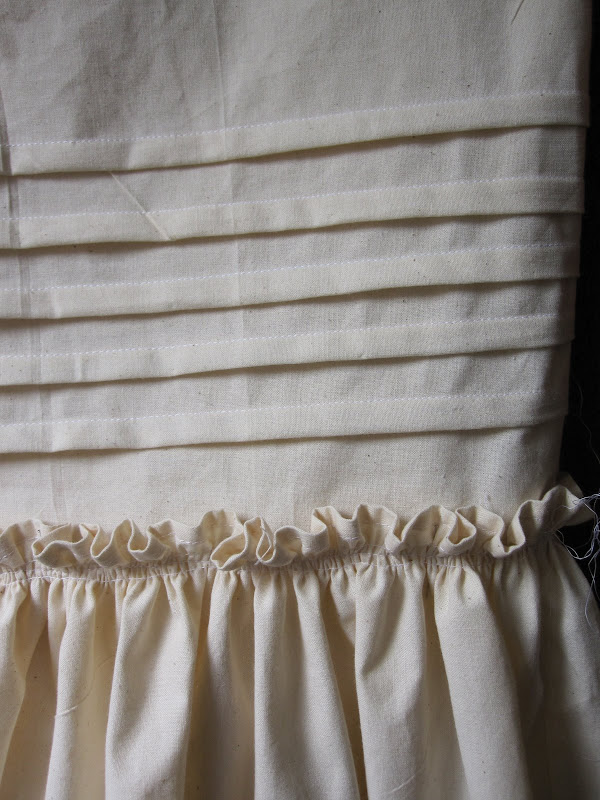 Knife pleats with gathering underneath

I did this by:

1. Finishing the hem of the gathering fabric:

2. Put in the gathering stitches:

Using 2 rows of longest machine stitch. The top row was 20mm (3/4″) below the hem, and the second row below was the width of the sewing machine foot 12mm (1/2″). At each seam, I pulled the threads loose so I would have something to grab on to when I was gathering.

3. Gather sections of the drops.

As the petticoat circumference was quite long it was best to do the gathers in shorter sections to reduce the risk of threads breaking. I had 5 drops, so I just did it in 5 sections, but we could have done it in 4 quarters.

Using pins to secure the threads at one end, I pulled the drop sections to the desired length. I divided the circumference of the petticoat by 5 so that I knew how long each gather length should be (250cm / 5 = 50cm).

I found that the gathers were too tight and so had more gathering material than needed. I used Kate awl to run back and fourth along the gathers to try and get them even. 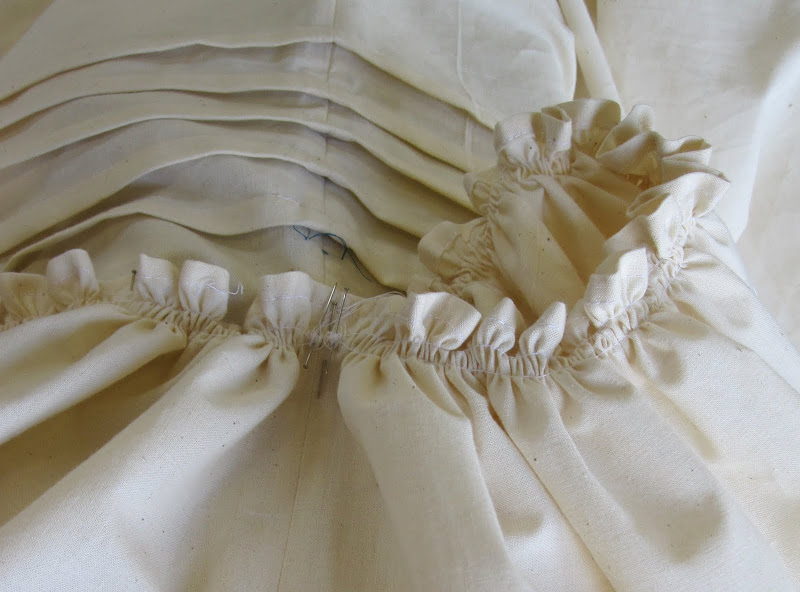 Pinning gathering to petticoat. You can also see the pins securing the the gathered sections.

Started at the back seam and worked round to front. I marked the half and quarter points on the petticoat and the gathering so that it would be even all around, but as I had too much material, in the end, these points did not match up and I just had to cut off some material at the end and then close the gathers with a seam at the back. This was a shame as I had originally made a loop when finishing off the seams for the frill. If you did not have too much excess when pinned, then you could just ease in the difference.

5. Sew on the gathers to petticoat.

Starting at the back, I tried to sew in the middle of the gathering stitches. I had to remove the pins holding the gathering threads at each seam as I went along. 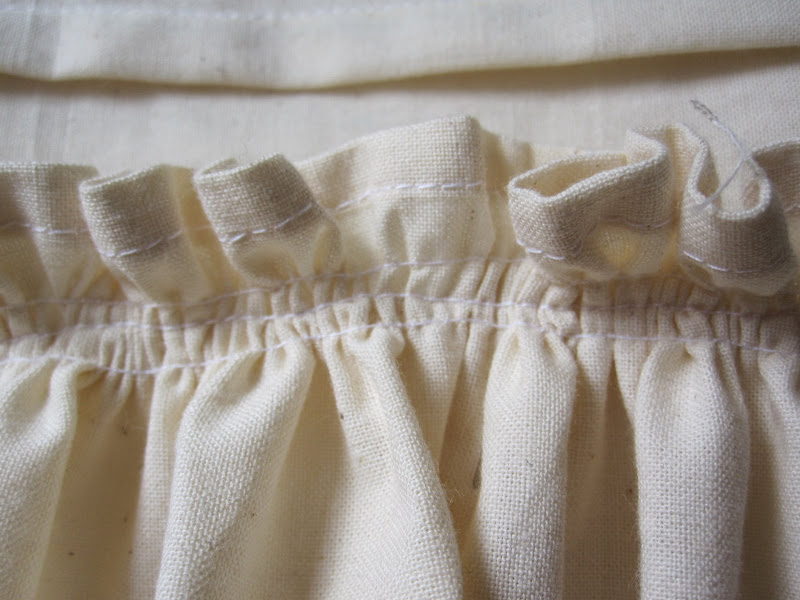 Close up where I attached the gathers to the petticoat. The attaching stitch was meant to be in the middle of the gathering stitches, but as you can see it is a little wonky.

Class 6: Petticoat – Finding the waist and inserting the placket.