Eva had finished quilting her petticoat, some by hand and some by machine, and it looks beautiful.

Claire had explained previously that once the quilting was finished, we should:

As Eva had done this too, I got to help fit the petticoat to check the hemline is even and at the correct length for the period silhouette. The quilted petticoat is fitted over the bum pads, under-petticoat and corset. Ideally, shoes with the correct heel height should also be worn during fitting. 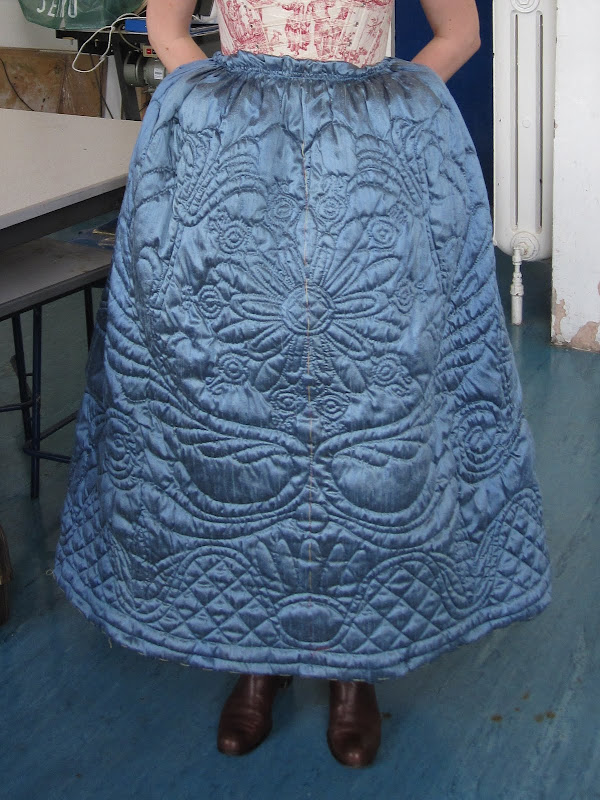 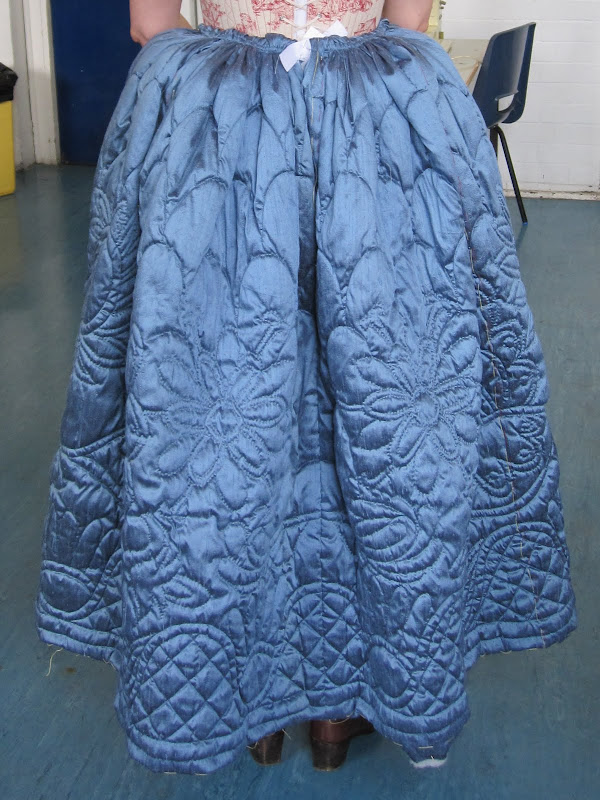 Back of Eva's quilted petticoat during fitting

Using a meter ruler, I checked the evenness of the hemline. Generally the hemline was good, a little lower at the back where the bum pads don’t push out so much, but this is common and looks ok.

However, we decided that the length was too short by about 8cm. Luckily, Eva had left a large seam allowance at the top, so there would be enough to let the petticoat out, but only just enough.

After the fitting, Eva will take petticoat of the waistband and pleat it on to another waistband, making the petticoat opening at the  sides rather than the back, so she can have accessible pockets under the petticoat.  She will also finish the hem using either bias binding or petersham.

I spent the rest of the class quilting – there is still so much to do. Started on the bottom border, but you can see between the first and second photo below, I didn’t really manage to get much done in class. 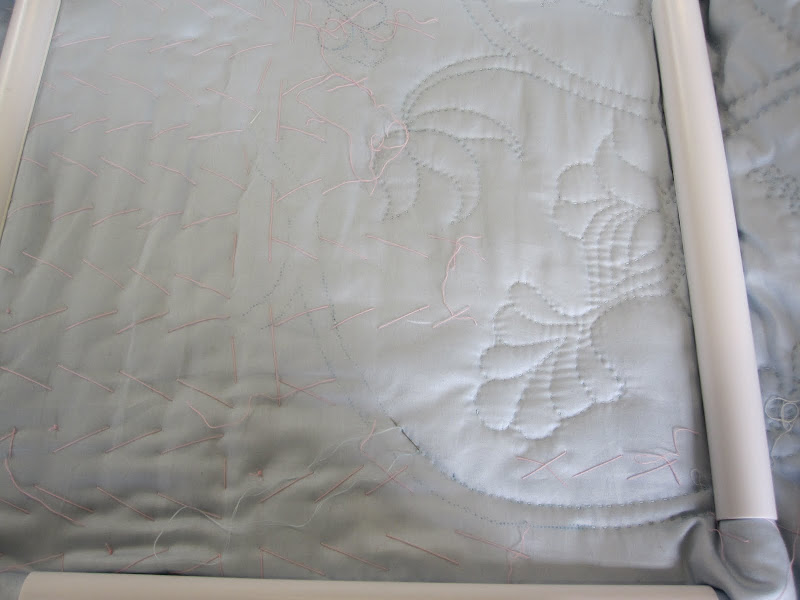 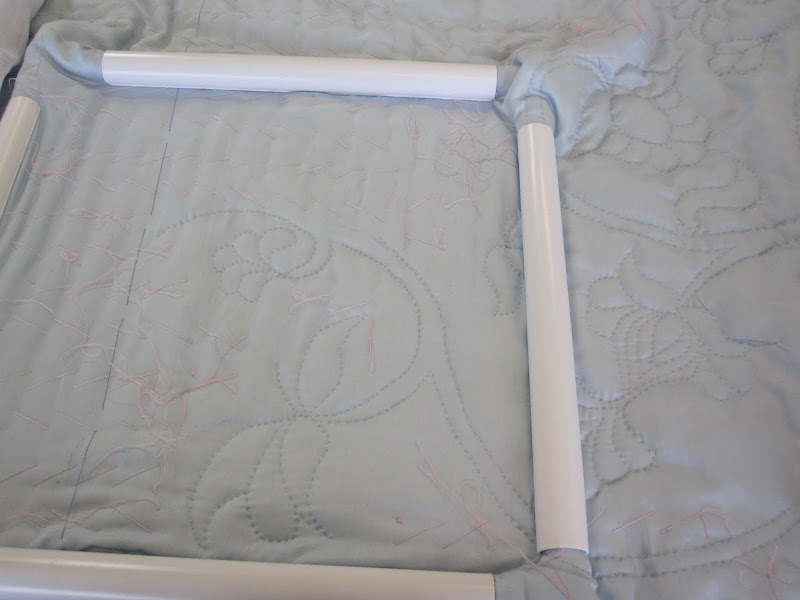