Yeay for another sewing intensive bank holiday weekend. Today I will apply to the hem the bias binding I made yesterday.

As I have grown sew attached to hand sewing since starting the quilt, I think it would be sacrilege at this point to let my lovely quilt go anywhere near a machine, so on with the hand sewing. The bias strips I had cut had several joins as the piece of fabric I had used was only so wide. I wanted to make sure that the joins would not be too noticeable and were placed symmetrically on the petticoat. I took this in to account when pinning the bias in place before sewing. 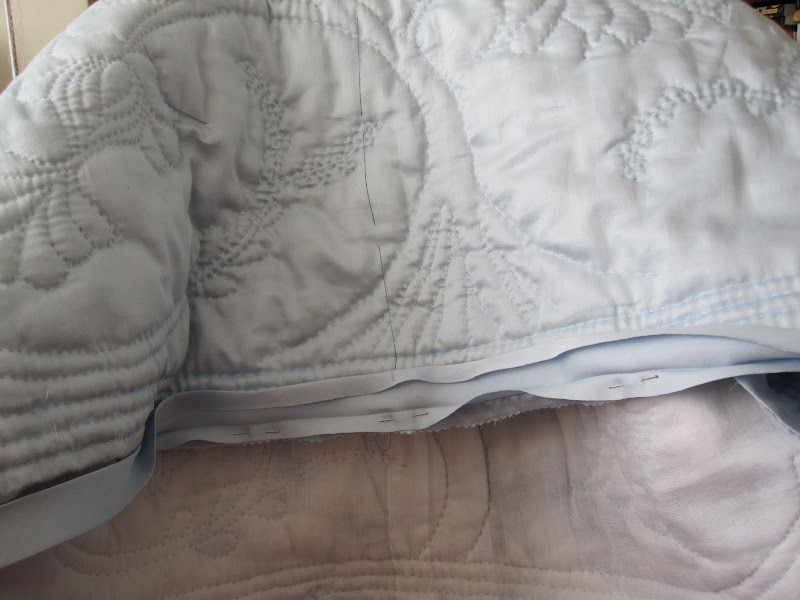 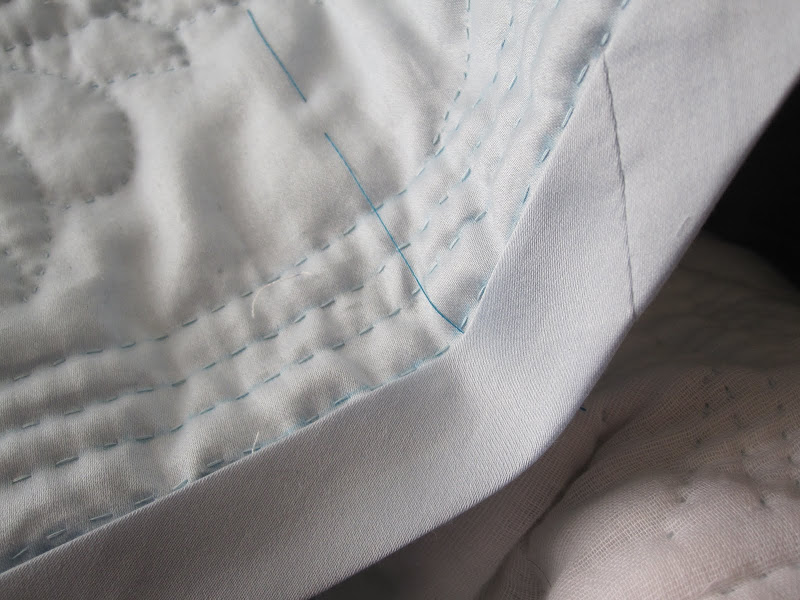 Here you can see the bias joins, just before the left quarter line. The other join is in the same place on the other side. 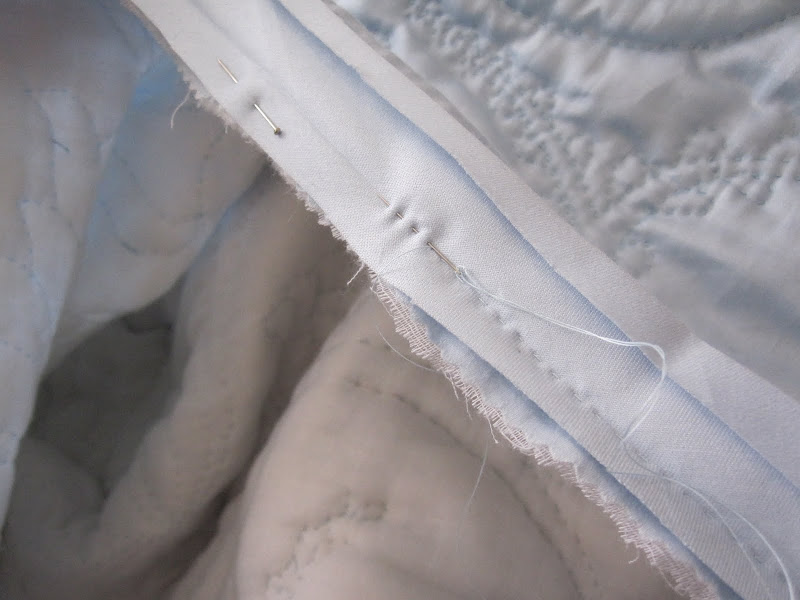 Hand sewing on the bias along the fold line 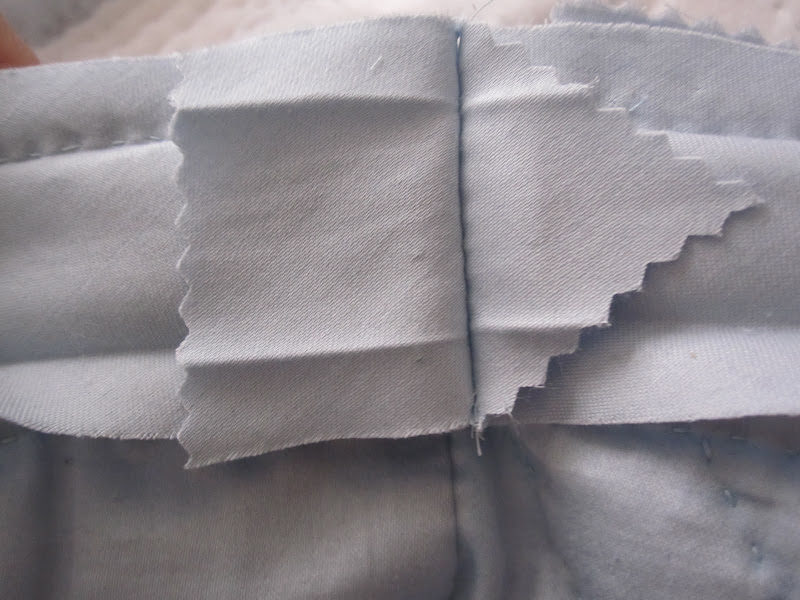 Where the bias is meeting at centre back. I trimmed the excess to avoid bulk when folding over. 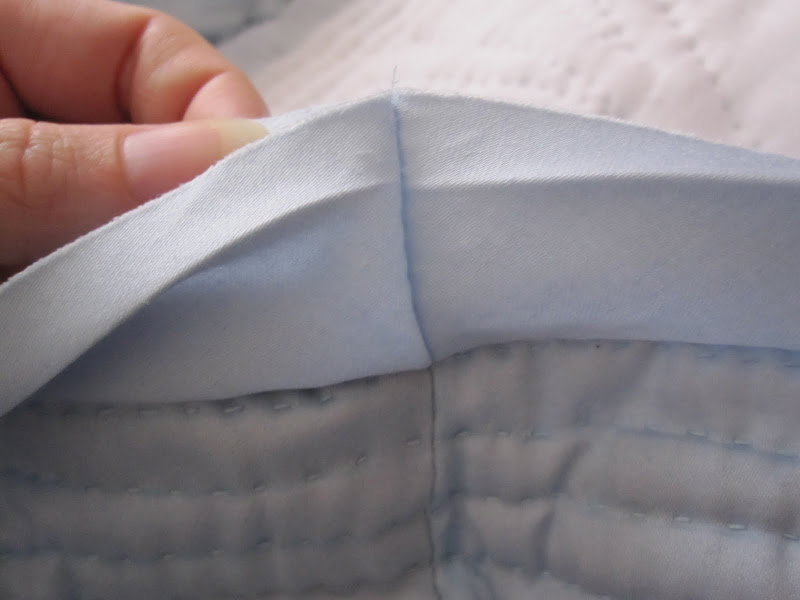 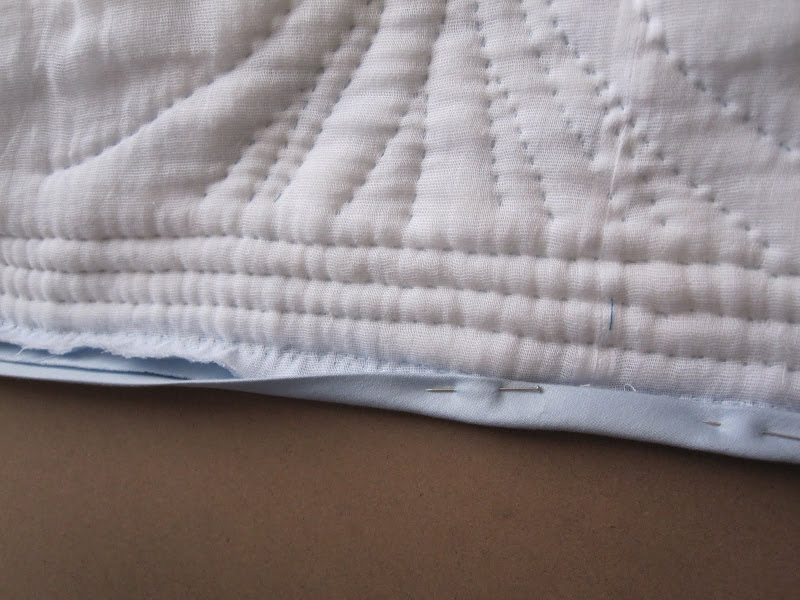 Folding over the binding - Almost done!

See tomorrows post for pictures of the binding and quilting finished.

Quilting on the quilted petticoat finished!