I had been putting this off for a while. I have to admit I was very nervous to be cutting in to the petticoat which had taken hours to quilt. Eva’s petticoat had slits in too, so I had a good chance to inspect and see what she had done.

I planned it all very carefully, working out how long the slits would need to be so that they would clear the bumpads and give you enough room to get your hand comfortably in and out. I had pleated the petticoat with the intention that the slits would be partially hidden in one of the folds on each side.

The pleated petticoat was only tacked on the petersham.  While the petticoat was on the stand (over the bum pads and underpetticoat) I undid a few tacks, pinnning securley so the pleats would not slip. This was to give me access to mark the slit line. I wanted the slit line to fall down the centre of one of the ovals, so I marked a dotted line from the waist to the end point using a soluble marker. 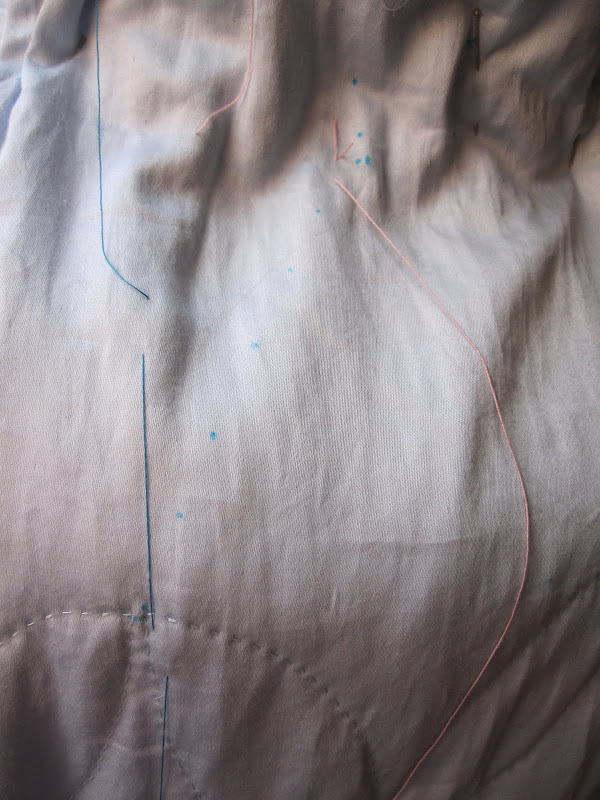 I cut through the waistband following the dotted line while the petticoat was still on the stand, but this became awkward, so I decided to take it off to cut on a table. 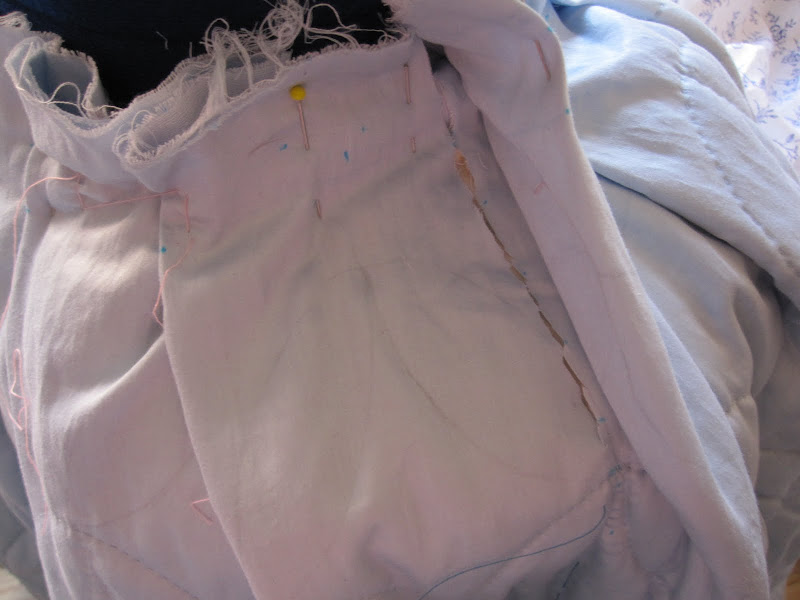 Starting to cut the pocket slits

I had visions of the whole quilt unravelling, so I had stay stitched down either side of the line, just in case. 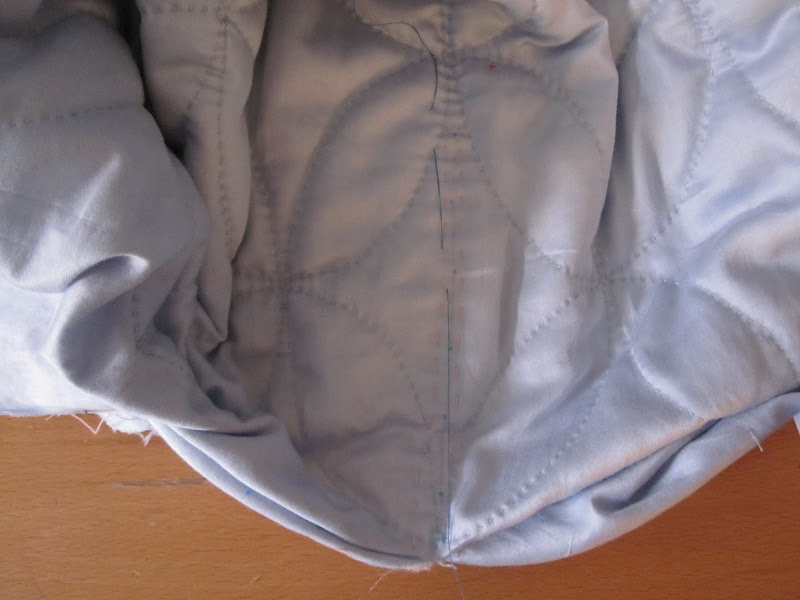 Stay stitching down each side of the cut. About to cut through the quilted oval.

Phew, it was all ok, but I thought I should get on with the bias binding asap. I used one complete length, pinned in place and just bent around the bottom and back up. 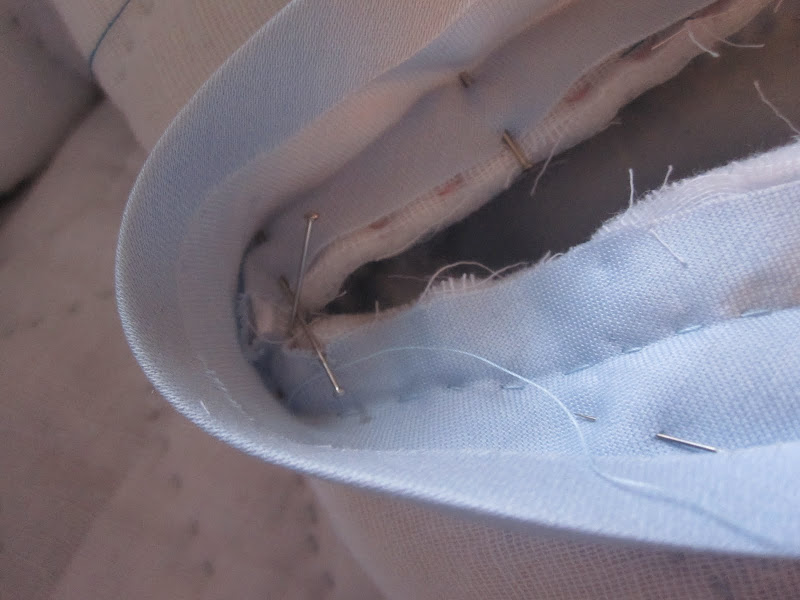 Bias pinned in place round the bottom corner.

I just turned over and slip stitched on the other side. Next time, I think I will apply the binding to the outside first and slip stitch on the inside. 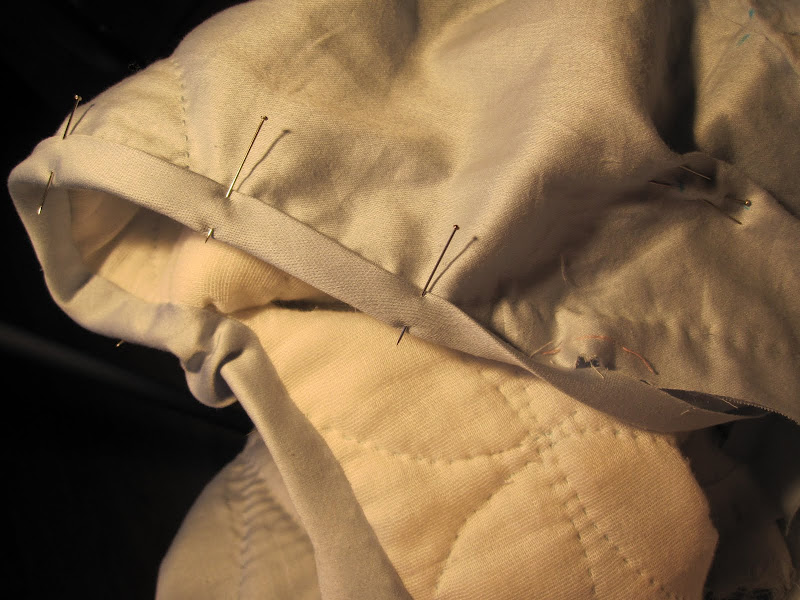 Finishing the bias binding for the pocket slits 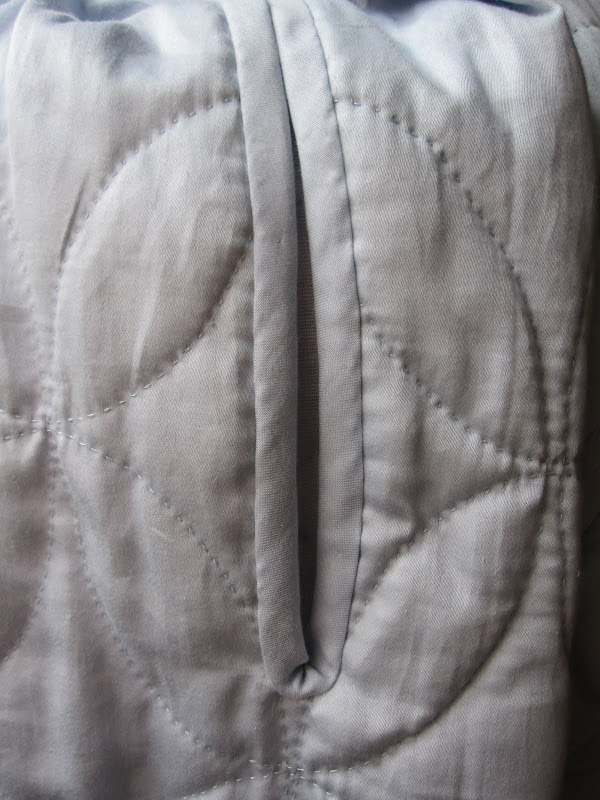 By cutting the waistband when making the pocket slits, I had divided it into two pieces, a back and front. I had to extend the petersham on the front piece as it needed to be longer so it could overlap the back.

I used the same fabric as the rest of the petticoat and cut two 14cm deep strips just longer than the front and back measurements. Folded them in half and then pinned in place ready to hand sew. 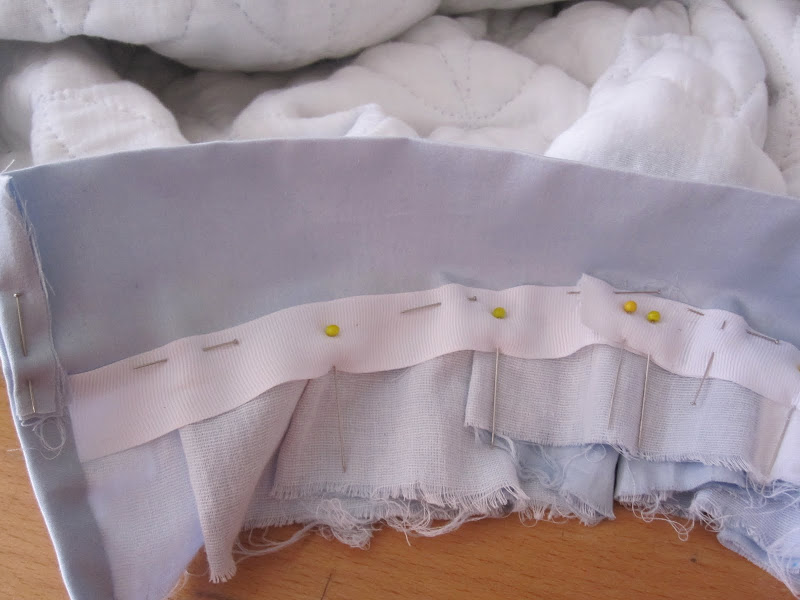 Waistband covering pinned in place to go over the petersham

I hand stitched going through all layers to make sure it would be secure. Trimmed the excess and slip stitched the other side. I did not close the sides, just turned in,  so I would have a channel for the tapes to be threaded through. 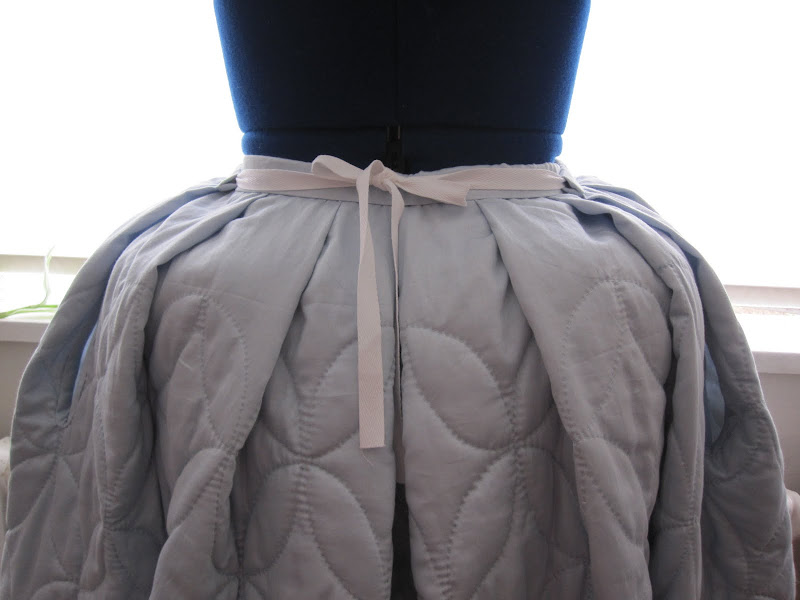 Back of petticoat. You can see the tapes used to tie the petticoat and the pocket slits at the side.

To put on the petticoat, you would have to  do up the tapes for the back first, and then bring up the front panel and tie the tapes overlapping at the back. Theatrically, this might not be the ideal fastening if you have to get in for a quick change, and the tapes could come undone easily, but I do prefer the look if this was to be seen. 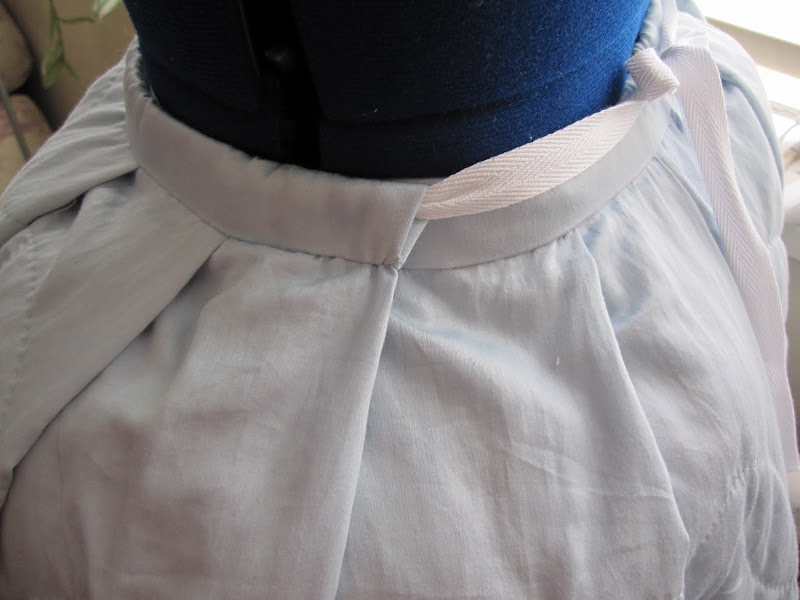 Homework 31: Shaping and finishing the sleeves