I don’t travel lightly. The idea of having a huge dress with no storage just seamed like madness, so I was determined to have pockets. One on each side to keep me balanced. I already had pocket slits after all.  Anyway, I had dyed my petticoats and bumpad red, so I needed these to stop the red showing through.

I was running out of time so had to knock these up quite quickly. They were going to be basic, but I didn’t want them to look shoddy, even if they weren’t going to be seen. They had to be fairly strong too, but I would leave things like binding the edges to after the photoshoot.

I using a picture from ‘Patterns of fashion’, I drafted a pattern leaving some additional material at the top which I could fold over to make channels for tapes to hold the pockets on. 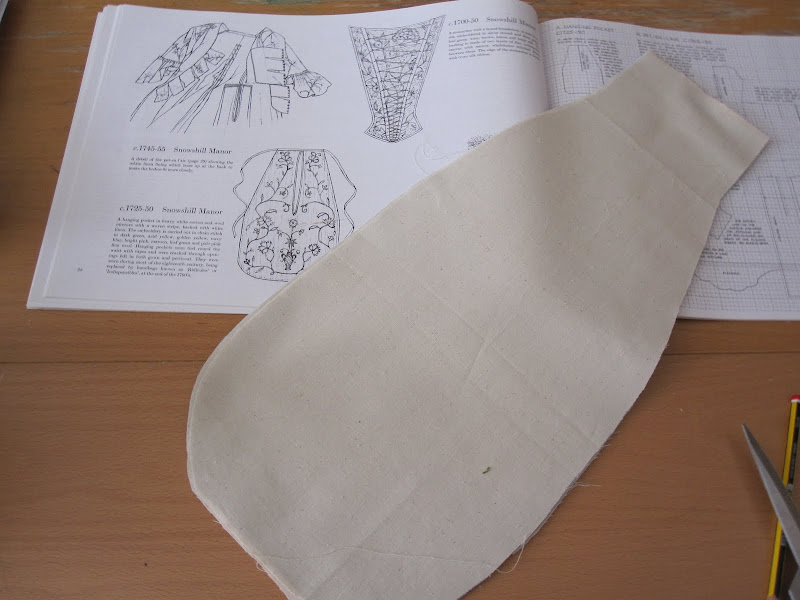 Calico pockets using a design from 'Patterns of fashion'

For the slit position, I wanted to be able to get my hand in easily and for the pocket to be deep enough that things would not fall out, but not too deep that I would not be able to reach the bottom.

I wasn’t sure if the cotton was going to be strong enough, so I mounted it on to one of the calico layers and marked where the slit should be. For 2 pockets, I cut out 4 pieces in calico and 2 in the same blue cotton I had used for the quilted petticoat.

Using my seam ripper, I started off the slit and when it was big enough, I continued with scissors. 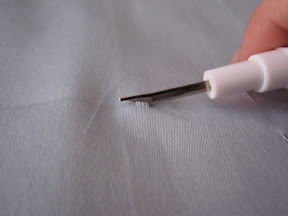 Using the seam ripper to start the slit 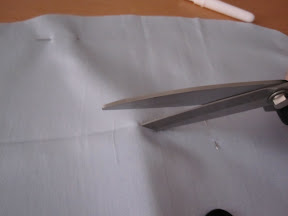 Using scissors to finish the slit

I cut v shapes at the top and bottom so I would be able to fold the opening back a little and stitch so there wouldn’t be a raw edge. 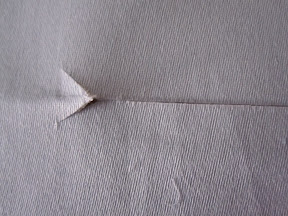 V shape at the bottom of slit 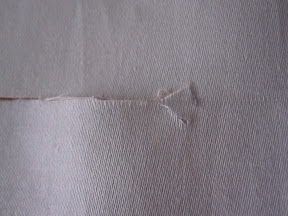 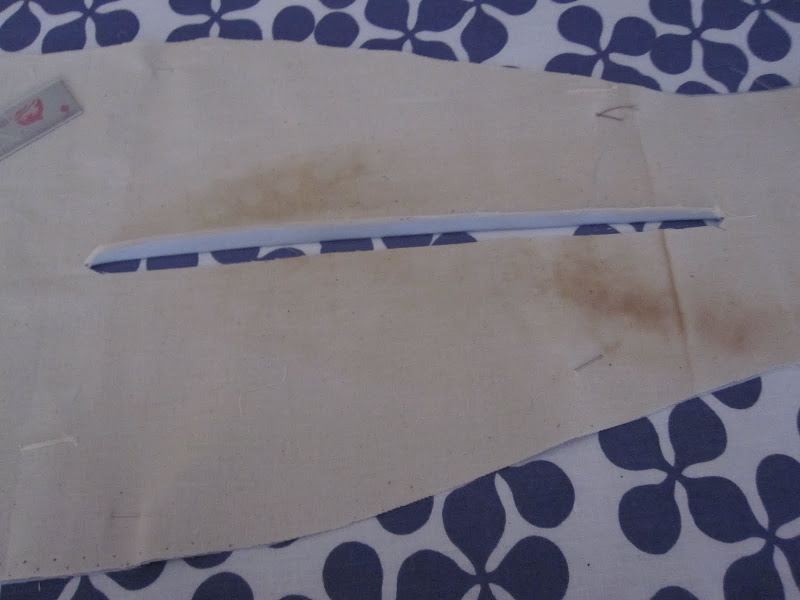 Pressing back the opening (Opps! the iron was a little too hot)

I sewed round the opening, then sewed all  three layers together and cut off the excess with pinking shears. 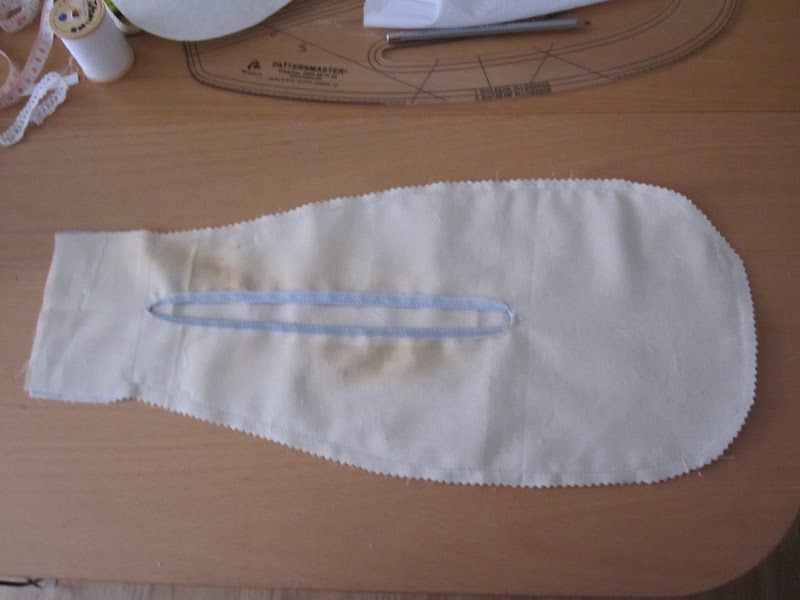 Next I turned it out so the blue fabric was on the outside and cut back some of the additional fabric at the top. 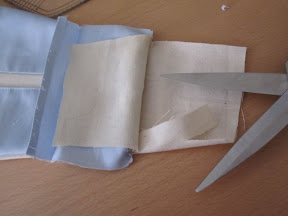 Cutting back fabric, ready to fold over. 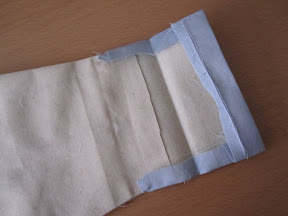 Ready to fold, sew up, and thread tapes through

I put the pockets on tapes was place them on the stand over the under petticoat and bumpad, made sure they were in the right position for the pocket slits, and put in a few tacking stitches so they would not slip.

Damn! I forgot to take a picture of the finished product  - must remember to add that later.

Cockade shoes – before and after