I was pretty confident that I would be able to come up with some good decoration after my cockade experiment. It seemed they are mostly just variations of pleating.

I did a quick bit of research to find out if red, white and blue did mean anything on a cockade in the 18th century.  It turns out that the ‘tricolour cockade of France’ was created in 1789 by the Paris militia in response to Camille Desmoulins asking his followers to wear green cockades. The Paris militia’s cockades had blue in the centre and red on the outside.

It doesn’t look like anyone has used red in the centre and blue on the outside apart from the (British) Royal Air Force which of course is much more recent, but probably why it felt more natural for me to set the colours in that order – I am after all a forces brat!

First I wanted to see roughly how big the cockades should be, so I made a quick shape in petersham to place on the shoe. 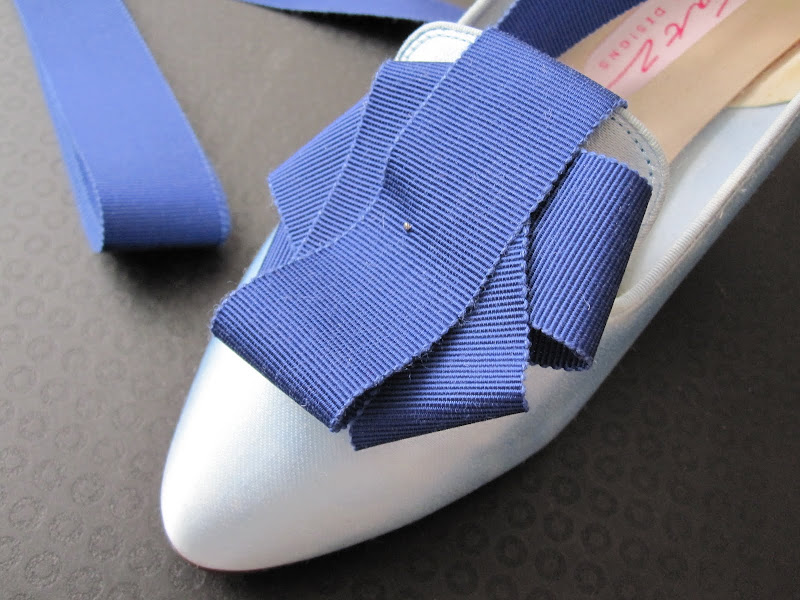 Getting an idea for the sizing of the cockade - don't worry they looked a lot better than this in the end!

I knew I wanted at least 2 or 3 tiers, and as all my petershame was 25mm wide at most, I knew I would have to use a base to sew on of some kind. I found some white felt in my scrap box and thought it would be perfect to cut in to circles.

I folded the circles in to quarters so I could find the centre, and then I used a handy large transparent button to make an inner guideline for the 2nd tier. 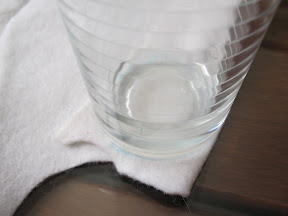 Tracing round a glass to make felt circles 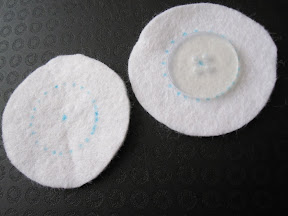 Using a large button to make an inner guideline

The blue petersham I had ordered was quite thick, so I didn’t want to ruffle it too much. Instead I decided to make box pleats.

First I used chalk to mark 10mm spacings along the petersham as I wanted to make sure they looked regular. 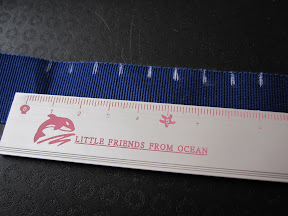 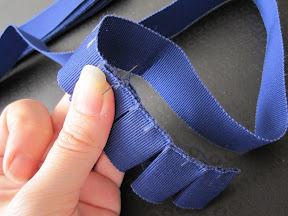 Next, I worked out I would need 8 pleats to get a circle with a large enough circumference. 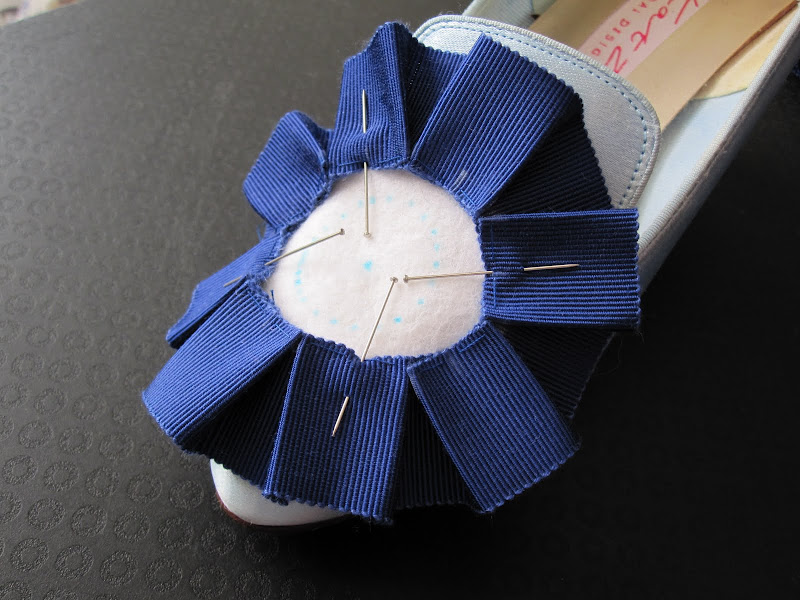 Box pleats pinned on to the felt circles. Checking the size on the shoe.

For the next tier I wanted to use a different pleat. One where the folds would overlap, but I wasn’t sure  how wide the pleats should be and how much they should overlap, so I did another test. Again, I started by marking out spacings, but this time 5mm apart using soluble marker. 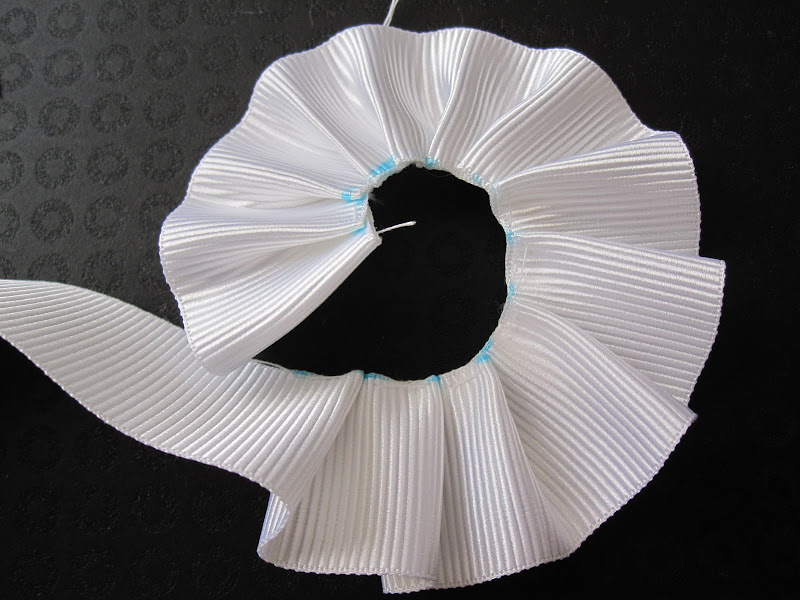 Test pleats. The pleats at the beginning are tighter than at the end.

I decided I liked the wider pleats where more ribbon was used because you would have folds at the outer edges as well as in the centre.  If you didn’t use enough, the outer edge would look taught.

I also tried to end the circle so the join would be under a pleat and not show, and then stitched the edges together. 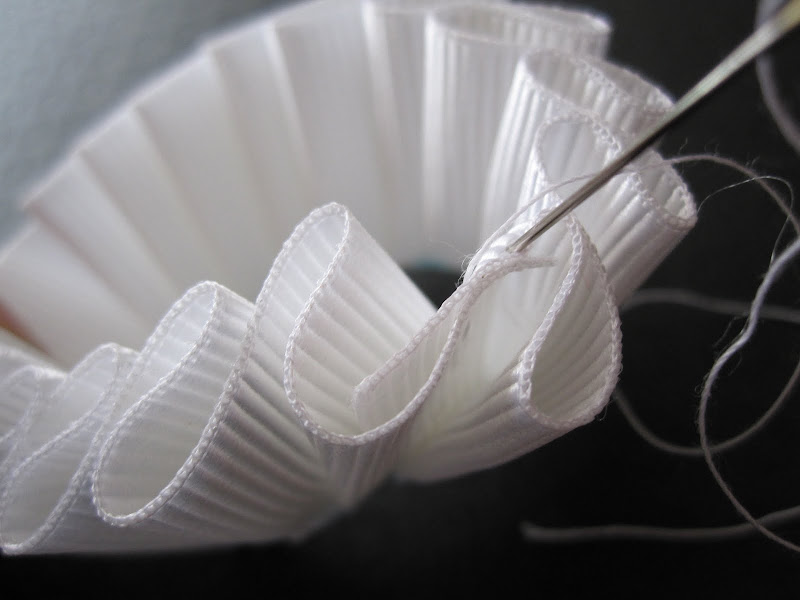 Sewing the edges together to complete the circle

The centre tier was going to have to be quite small, so I just did a straight stitch 1/4 in from the edge of the red grossgrain and then gathered it in to a circle tying it taught and sewing the two edges together. 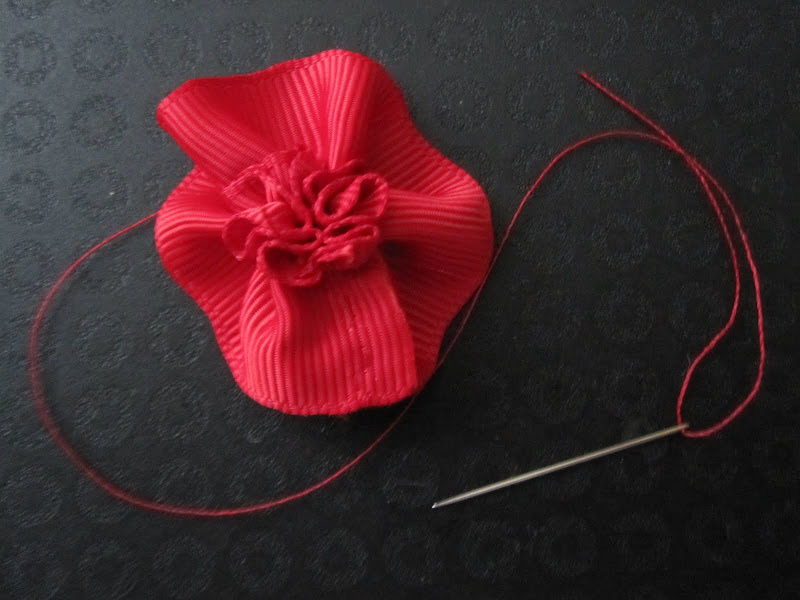 Back of the red ruffled tier

This was pretty easy starting with the blue tier, I just pinned it on to the felt and stab stitched in place. Then placed the white layer using the guide I had drawn on to the felt earlier. On the red tier I tried to catch the red ruffles where they touched the felt, so that it would not disturb the gathers. 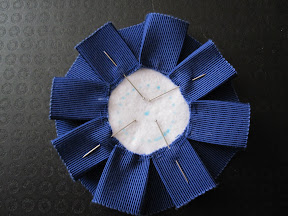 Sewing on the blue tier 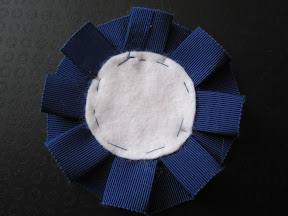 Sewing on the blue tier - back 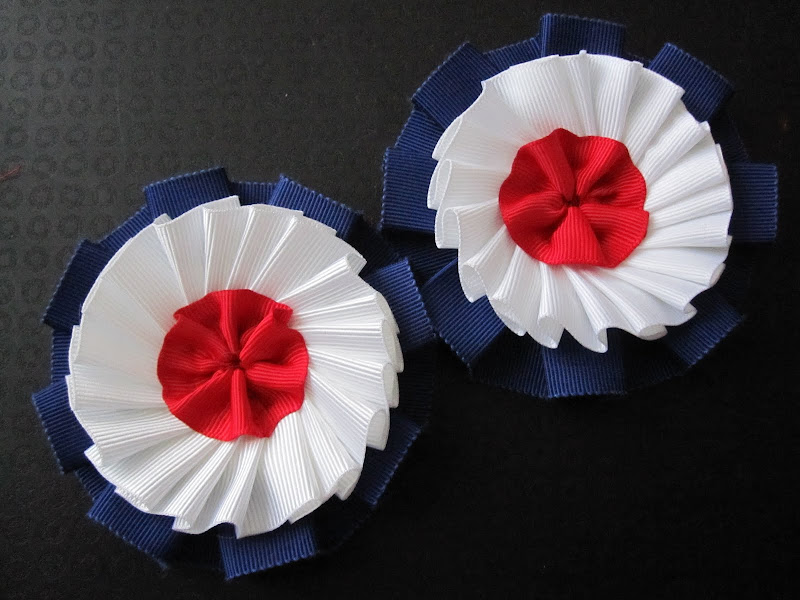 A pair of red, white and blue cockades - front 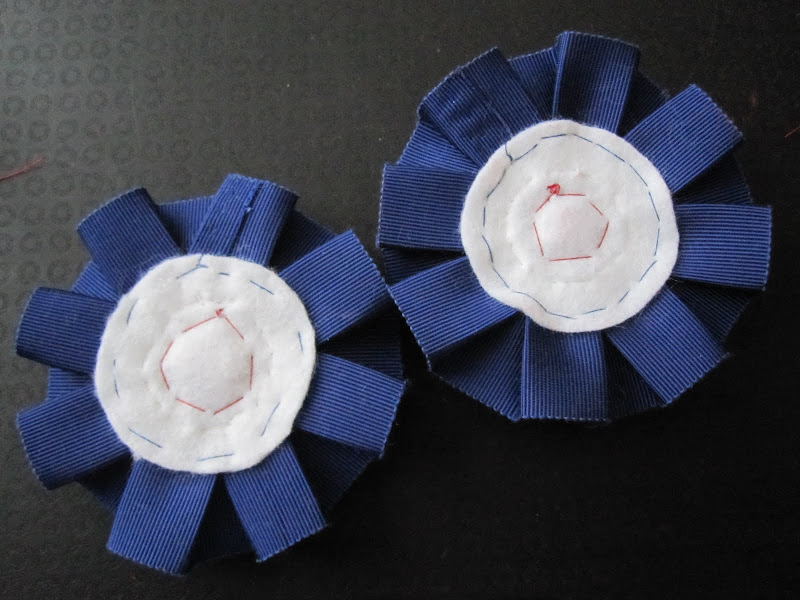 Back of the cockades

Would you buy one or would you just make your own? Please let me know

Attaching the cockades to the shoes

My shoes were now thoroughly dry after dying and had come out quiet well, now it was time to decorate them with the cockades.

I used very strong button hole thread and tried to use the existing holes which were made by the wires holding on the bows I had prized off previously. The uppers of the shoes were very hard to get the needle through, so I had to use my metal thimble to push and the rubber one to help me pull out. 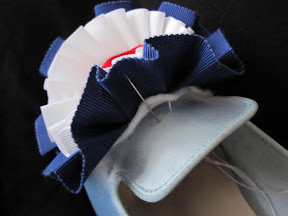 Sewing on the top of the cockade to the shoe 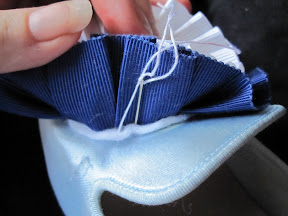 Sewing through the shoe to the felt 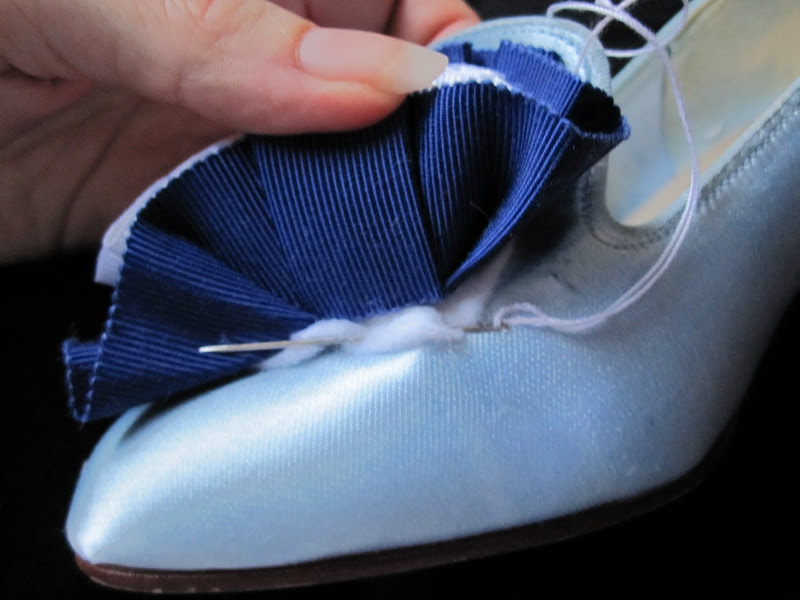 Trying to use existing holes to get the needle through

Cockade shoes – before and after